Posted on April 21, 2015 by RealEstateInMaine

The Spring Real Estate Market in Brunswick, and all of Southern Mid-Coast 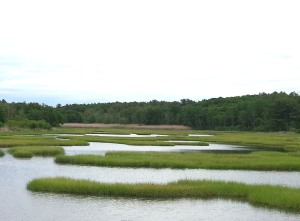 Maine, is coming into full swing right now. Delayed approximately 6 weeks due to weather, Buyers are scooping up the properties they can find, and its home Sellers who need to get off the fence right now. Brunswick has especially low inventories for this time of year so properties are going under contract quickly. Buyers desiring to purchase in Brunswick may be facing higher prices, sooner rather than later, if inventory doesn’t rise up a bit to meet demand.

March ended with 82 Current Listings (down 1 from February), 40 Pending Sales (up 10! from February), and 18 Closed Sales in March (up 6 from February). We also saw a rebound in Average Sales Price to List Price Ratio which is back up to 97% in March, after dipping to 91% in February.

Keep in mind that sales which closed in March were most likely put under contract in January or February. We were barely surviving the never-ending winter in February, so we may still be feeling the impacts of Mother Nature in these numbers.  And, if that is the case, hold onto your hats for what will be an excellent year in Brunswick home sales!

If you plan to buy or sell a home in Brunswick, call Maine Home Realty today!