Posted on February 11, 2016 by RealEstateInMaine 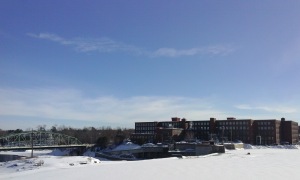 Winter weather has finally settled into Maine, bringing snow and colder temperatures to the Southern Mid-Coast Region.  In Brunswick, we saw that January was fairly lukewarm in terms of both the weather and Brunswick Real Estate activity!  Active Listings, Pending Sales and Closed Sales were all down ever so slightly from December’s tallies.

A shortage of Homes for Sale in Brunswick was a recurring theme during 2015.  In the next couple months, as we hit the early Spring Home Selling Market, we will keep on eye on Brunswick home prices as we’d expect that sustained low availability, combined with still favorable mortgage interest rates, will apply upward pressure on home prices.